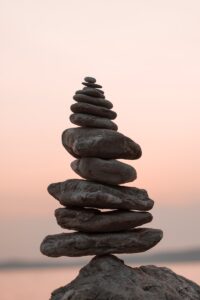 Acupuncture
[aehc-u-punk-ture]
• Ancient Chinese form of medicine which uses needles to stimulate energy along the meridians of the body.
• Used to alleviate pain and treat physical, mental and emotional ailments. For more see acupuncture at wikipedia.

Affirmation
[aeh-fer-ma-tion]
• Statement, declaration or pronouncement
• In the context of metaphysical beliefs, people repeat affirmations to themselves (or write them for themselves) in order to reprogram negative thought patterns.

Agnostic
[ag-nos-tic]
• a person who does not believe, nor disbelieve, in the existence of a god or gods
• a person open-minded to the possibility of god, yet does not hold a firm belief in one or many

Aka Cord
[ah-ka • cord]
• Etheric essence; means by which we connect with others, situations and our own three selves.
• Created by thoughts, telepathy
• Huna term analogous to ‘silver thread’ in other metaphysical philosophies
• For more see aka cord under Huna.

Akashic Records
[ah-kah-shic]
• Akasha, meaning sky, space aether (upper sky) in sanskrit
• Theory of the existence of a ‘library’ of sorts, on a non-physical plane, that contains all the knowledge of the universe.
• It is theorized that the Akashic Records is what psychics connect to to access information. 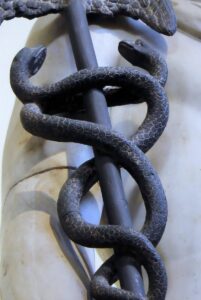 Alchemy
[aehl-che-mee]
• Ancient form of magic/sorcery, combined with chemistry/science
• Belief that all things are made up of the four elements: earth, air, fire & water and that all matter (ie: all things made of elements) may be broken down and changed to a different form of matter.
• For more on alchemy visit: http://www.levity.com/alchemy/

Amulet
[aehm-u-let]
• A charm or a piece of jewelry thought to protect against evil, danger, disease or negative forces
• A lucky charm or talisman
• For more on amulets visit wikipedia (http://en.wikipedia.org/wiki/Amulet)

Astral Projection (also known as astral travel)
[as-truhl • pro-jek-shun]
• Out of body experience
• Act of the astral or etherial body leaving the physical body to visit another plane or dimension. 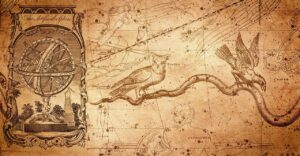 Astrology
[a-stro-lo-gy]
• The study of celestial bodies and their relation to each other at a specific point in time
• Used to determine personality, inclinations and as a divinatory tool

Aumakua
[aow-mah-ku-ah]
• The “high self” or “inner god” in the teachings of Huna.

Aura
[aor-rah]
• An energy field which surrounds the body
• Colors may indicate relative health and well-being, both emotional and physical, of the individual

Automatic Writing
• The act of writing through a stream of consciousness, allowing guides to present the content being written