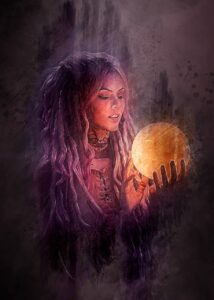 Scrying
[skri•ing]
A form of divination performed by gazing into reflective, translucent or luminescent surfaces such as a crystal ball, black mirror, smoke, fire or water

Seance
[say-ahnce]
A meeting, often lead by a psychic/medium, at which people attempt to make contact with spirits who have passed onto the other side

Seven Principals
The principals by which people adhering to the philosophy of Huna subscribe
The seven principals are as follows:

1. The World Is What You Think It Is (Ike)
2. There are no limits (Kala)
3. Energy Flows Where Attention Goes (Makia)
4. Now Is The Moment Of Power (Manawa)
5. To Love Is To Be Happy With (someone or something) (Aloha)
6. All Power Comes From Within (Mana)
7. Effectiveness Is The Measure Of Truth (Pono)

Shaman
[shah-mahn]
• Practitioner of Shamanism
• Interacts with the spirit world, is often known to the peoples as a ‘medicine man’. 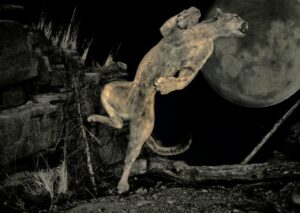 Shapeshift
• To change physical form
•May be change of age, gender, race, etc. or from human to animal or plant form
Practiced in Native American and Huna belief systems, among others.

Silver Cord
• Cord made of etherial matter which connects our physcial body to our astral body.
• Also known as the astral cord or aka cord

Symbol [sim-buhl]
• An object or image that represents something else
• Example: An owl is often a universal symbol representing wisdom