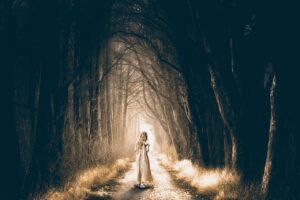 Hagging
[hahg-ing]
• A phenomenon of a person being woken up in the middle of the night by a suspected malicious spirit, or “old hag”, thereby paralyzing that person in fear, unable to speak.
• Also known as “Old Hag Syndrome.”
• Known in the medical community, without paranormal belief, as “night terrors,” or “sleep paralysis”.

Halloween
[hael-oh-ween]
• Celebrated on October 31.
• A holiday stemming from the pagan holiday “Samhain,” a festival celebrating end of harvest.
• Believed to be a night where the veil between those in body and those in spirit is very thin. 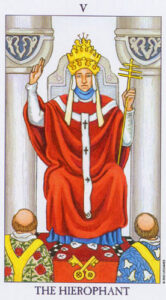 Hemp
• A non-psychotropic variant of the Cannabis Sativa plant.
• Often erroneously confused with marijuana. T
• Fibers are very strong; used to make rope, clothing, plastics and cosmetics, among other things.

Hierophant
[high•row•fant]
• Priest “who interprets sacred mysteries and esoteric principals.” (Apple Dictionary.)
• Fifth card of the major archana in the Rider-Waite-Smith Tarot deck
• in the tarot: a person who holds the key, a teacher; may represent education or conforming to a belief system or set of rules.

Higher Self
• One’s direct connection with what they consider to be God
• One’s direct connection with universal life force and knowledge
• Considered in many belief systems under a variety of names: aumakua, kane, god, inner god, pure love, universal mind, holy spirit, christ, angels, spirit guides.
• In Huna the higher self, also known as the Aumakua or Kane, is one of three selves: the low self, middle self and high self. These can be equated with the subconscious, conscious and one’s own inner god connection with all that is 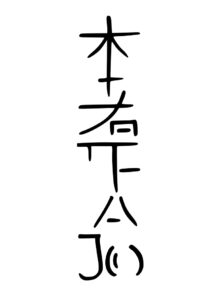 Holistic
[hoh-lis-tik]
• Healing philosophy &/or practice
• Takes into account the entirety of a person such as: social factors, mind/emotion, physical body and spiritual well-being.

Hon Sha Ze Sho Nen
[hone sha zay sho nehn]
• Second degree Reiki Symbol
• Also known as the “Distance” Symbol
• Used to send distant healing (or attunement) be it something or someone in the past, present or future 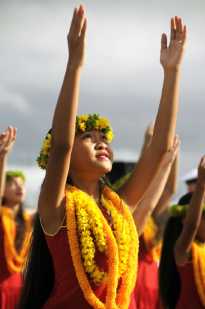 Huna
[Hoo-nah]
• An ancient Hawaiian belief system/philosophy (not a religion)
• Mixture of metaphysical beliefs and psychology which works on the premise that people can create their own reality through focused energy
• For book recommendations, see Huna Books on my Spiritcaat site