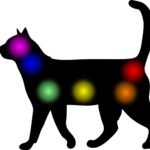 Chakra
[cha-kra]
• Indian concept relating to circular rotating spiritual/energy vortices existing in the etherial body
• Each of the 7 chakra energy vortices relates to a different part of the body as follows:

• For more, see Chakra at Wikipedia 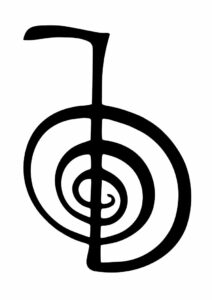 Christmas
• An annual holiday celebrating the birth of Jesus Christ
• Established in 4th century CE, as a holiday to be celebrated on Dec. 25, to replace Yule, celebrations, to entice Pagans into the Christian faith

Claircognizance
[Clair-cog-ni-zance]
• Meaning “Clear Knowing”
• Psychic perception through knowing; the feeling of ‘simply knowing’ without clear evidence of how or why the person knows it

Clairgustance
[Clair-gus-stance]
• Meaning “Clear Tasting”
• Psychic perception through taste, without physically touching something to the toungue

Clairsentience
[Clair•sen•she•ence]
• Meaning “Clear Feeling”
• Psychic perception through feeling; a sense that one feels something without clear evidence of how or why the person knows it
• Intuition, hunch, gut feeling

Court Cards
• Sixteen cards that are part of the minor arcana in the Tarot
• Each suit consists of a King, Queen, Knight and Page in the Rider-Waite-Smith tarot deck (other decks may have different names such as princes and princesses)
• May or may not represent people in the life of a querent of a tarot reading
• Analogous to the court cards of a regular playing deck of cards: king, queen and jack
• For more information see Tarot