“If you do not raise your eyes you will think that you are the highest point.” ~ Antonio Porchia

What has happened to perspective in this country? We seem to have lost all touch with reality on so many levels. Let’s start with the obvious:

Michael Jackson:
Oh, dear god. How long does this ‘deification of a pedophile’ have to go on? Oh, I know many of you are saying, “Well, he was acquitted in a court of law!” My answer to that is, ‘so was O.J. Simpson.’ Simpson was acquitted in a criminal court of law. He was found guilty in a civil court, where the burden of proof is less. So, when O.J. dies, are we going to wax poetic on his fabulous accomplishments as a football player and how much joy he gave people when he played? I’m guessing not.

The only difference between Michael Jackson and O.J. Simpson is that Jackson bought his way out of his civil trial because he had millions to spend. It is common knowledge that settlements do not exonerate the defendant, many times it only serves to show the parties did not want to go through a lengthy court battle, and perhaps it was too much stress for a 13 year old boy, who had been traumatized by molestation, a child who could describe Jackson’s genitals, was too terrified to take the stand. Money speaks, and Jackson had plenty of it.

The egomaniacal actions that followed were pretty amazing. What person that you’ve ever heard of accused of molestation has not been warned to stay away from children, or if legitimately innocent, hadn’t done so on his/her own? What person in that situation have you ever heard of being able to adopt children? Jackson was the typical abuser, in every action he took, but I guess if you’re rich and famous you’re simply ‘eccentric and love kids’, but if you’re poor you’re a pedophile.

And now, the outpouring of grief is insatiable. I take nothing away from the people who loved his music, but why is this area of his life all of a sudden completely off the table? He was an entertainer. He was not a sitting president, he was not royalty. He was a severely messed up person (I hesitate to even call him a human being, I’m sure his victims, who are serving a life sentence would not) who was obsessed with fame, little boys (admittedly “sharing his bed out of love,“) flaunted his ‘love’ for children, and had porno in his home (with fingerprints of his and his accuser.)

But all of that is now, it seems to be off – limits. Because Jackson was a king. Why “he was the king of pop!” Puhleeze. Can we please remember that pedophelia is not a ‘proclivity’ or a ‘habit’ as I have heard some people call it? It is a crime. It is a crime which destroys people’s lives. 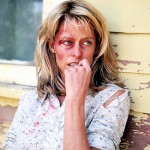 What is even sadder about this and the day he died was how the story pushed Farrah Fawcett’s death right off the front pages. Now, I was never a big Fawcett fan, but despite her shortcomings, she tried to do good for people. She strived to make “The Burning Bed” which carried a very important message, along with other similarly themed films and plays, and at the end opened herself up in her documentary, “Farrah’s Story“. Arguments could be made as to why she did it, but we can’t take away from her the fact that she did do it, stating she felt it might help other people.

Should either of them be deified? No, probably not. But if we’re going to talk about the person who most gave to humanity here, it’s hard to argue that Fawcett wouldn’t hold that spot between the two.

Where is our perspective, and how long do we have to listen to the “deification of a pedophile?”

——-
Mark Sanford
Really. Do we really care if he had an affair with another woman, or three? Have people completely forgotten that as a head of a state he simply ‘went missing’ for four days? 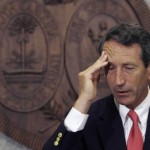 As far as I’m concerned (his hypocrisy aside) his personal life is his personal life. In and of itself it should have nothing to do with the way he governs. However, in this case it did! He went missing for four days. But, no, we’re not hearing about that anymore. Just his affairs. After all, how can we pass up something that salacious? Isn’t that what the news media is for? Not to give us news on Iraq, or DADT, or the economy. When a sex scandal comes up,” ‘whoo hoo’ it’s party time!”

Dear Gov. Schwarzenegger: to fix the state, please do the following: start taxing the oil companies to drill; repeal prop 13 for corporations, they pollute our state, they make enough, they can afford to pay their fair share of property taxes; make marijuana legal and tax it. Three things that could feasibly be done, could feasibly get us out of this mess and feasibly prevent state workers from losing their homes because you give them I.O.U.s or lay them off, or prevent people from getting the help they need through education and social service.

Gay Rights
President Obama, you said you would be a ‘advocate for gay rights’. Well, what are you waiting for? Start speaking with your pen.

—–
Health Care
To all the Republicans and Democrats, the AMA, etc. who are trying to scuttle a public option, where are your morals? Where are your ethics? First of all, don’t you see that the public option IS the compromise? People in this country want health care, not more health insurance. That said, it appears as though the perspective of the American people is that they are going to ‘settle’ for this public option. And here you are fighting it. Why do you want people with less money than you have to suffer and die? Are you that heartless? Forget it. The question was rhetorical. You are.

If people had their priorities straight — ie: concern for humanity — we would have a single-payer universal health care system. 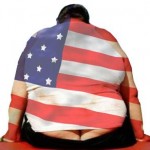 Big houses, big food portions, expensive cars … when did we become a society of opulence v. simple comfort? Do people really need 2500 sq.ft. houses? Do they need a meal portion that is literally pounds on a plate? Will an electric car not get you to the same place as a Hummer will?

Our gluttony has destroyed the environment, facilitated the current housing crisis and economic woes and made us some of the unhealthiest and fattest people in the world. Is there no shame here?

—
Where has perspective gone? What has made this country so insensitive to humanity and the suffering of others? How did we become a nation of “ME, ME, ME” and “If it doesn’t affect me, it doesn’t exist.”

I know this little rant isn’t going to change anything, but nobody else seems to be saying any of it, so I thought I would. Agree, don’t agree, that’s all fine, but at least think about it.